Yesterday (Day 5) Mezza saw the farrier, and we continued with grooming and grazing. She will go barefoot for awhile as we work on soft ground and then probably need to be reshod later on. 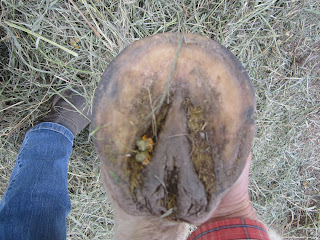 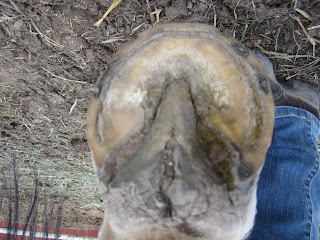 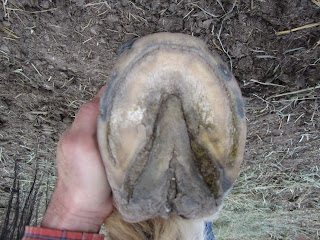 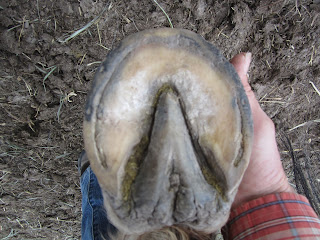 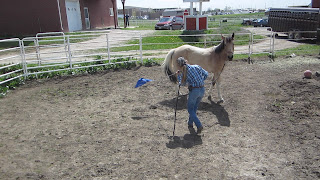 Today, however, Mezza and I spent time reviewing both sensitizing (asking to move), and desensitizing (relaxation while everything else is moving). We moved on through nearly all of it with only a few spots that seem to need more attending to.

Once that was addressed, I tacked her up, and we took a walk in the heifer pen, where she was initially a bit wary. We started with me leading her. She relaxed pretty quickly as she learned the heifers would back off when we approached. The pen is fairly large, and when she lost focus I'd ask for something--a circle, a disengage, a turn. We desensitized again, and when that seemed good,  I got on and worked on lateral flexion and disengaging. She was awesome!  Then it started to thunder so we finished up there for the day. Sorry not to have pictures in the pen, I put the camera away when I thought we might get rained on. I'll try for pics again next time!
Posted by Scout at 10:44 PM