Preparing for the Trails... 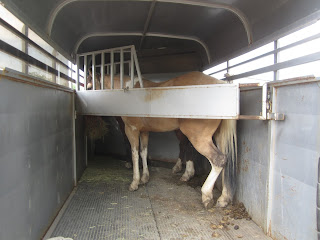 Yesterday I loaded up both Mezza and Scout, my Mustang, and headed to the local equestrian center. There I met up with a friend and fellow horsewoman, Vanessa, who has two wonderful trail wise Appys. Her youngest is a 4-year old who she started and regularly takes out on the trails. I've only had Mezza out of the arena twice before, (last summer), but she has been doing so well in the heifer pen that I think we can take another step forward. 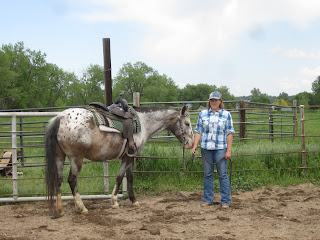 I warmed Mezza up from the ground--going through her gaits in the round pen, before tacking her up. Scout took his post in a pen, where he did some weed wacking.  Vanessa and I then proceeded to the arena. Mezza and I worked on some in-hand circles, disengaging and desensitizing and then I mounted up and went through lateral flexion and disengaging before heading off.

We worked on walking and trotting on a loose rein, making sure there were no places we were getting preoccupied with. Her head carriage was a little high, and her stops need some review. Both had improved enough by the time we were ready to leave the arena that I felt good about going out.

We ended with a loop around the interior of the equestrian center. All went well! 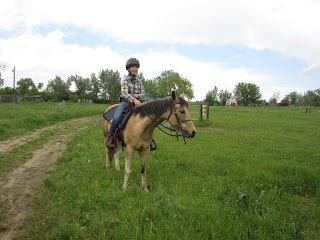 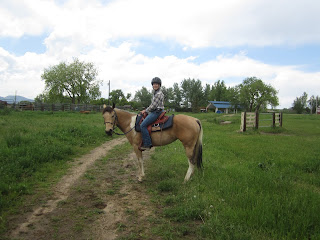 Email ThisBlogThis!Share to TwitterShare to FacebookShare to Pinterest
Labels: riding around the equestrian center, trailering Mezza