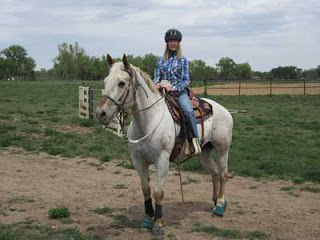 Today signals another step forward for me and Hoss, my husband's horse!  He loaded and traveled beautifully with Scout, my little Mustang. For me this was a great repeat of several weeks back, when Ben loaded Franky, and I loaded Hoss and took the two of them to the Indiana Equestrian Center.

Here's the video from that earlier ride:
Hoss at the Indiana Equestrian Center, April 2012

This time, however, I was on my own loading both horses and trailering over. I called my husband after Hoss loaded, delighted to tell him I was on my way with both horses, who had each loaded without hesitation!  This was terrific, as a week ago I'd easily loaded Hoss to take him to Roxboro Park, but I was so nervous about taking him alone, and driving to somewhere I was not familiar, that when I unloaded him to ride on the group ride, he was in a full sweat, very anxious, and quite a pill to tack up!  The ride went well, but I ended up with a stomach ache, and it took a good 30-45min to load him for the drive home! I learned that he will load and travel well if he can have confidence in me.

So, we've been working on the loading and standing in the trailer in the meantime, so that he will stand quietly while I tie, hook the butt rope, and close the trailer door. I got some good help from Ben once last week on communicating to him that I expect him to load, or he won't be standing outside the trailer getting rubbed--he will be working!  He isn't afraid of the trailer now, although he will feed off of my lack of confidence if I have any. Therefore I will work on trailering within my comfort range for awhile, and build up more confidence so I'm ready for the longer trips!

Enough said. We had a wonderful time and so did the horses! 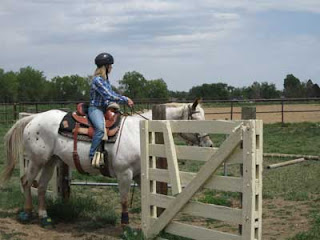 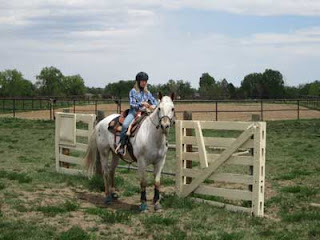 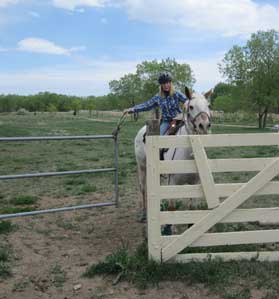 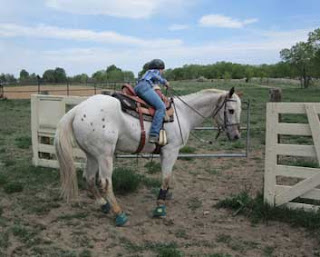 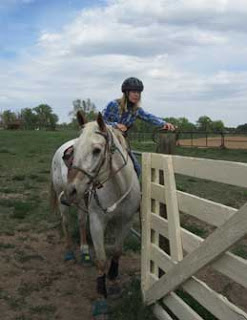 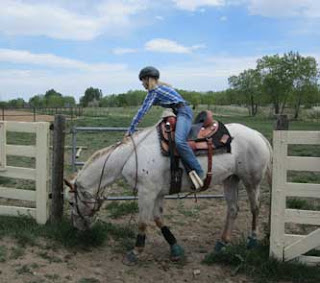